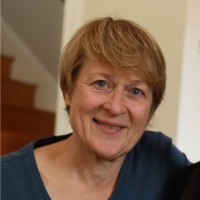 Annette Brieger has worked as a producer in public broadcast for over 30 years. She began her career at the Zweites Deutsches Fernsehen (ZDF) in Berlin, Germany before moving to the United States to work for various German and American networks in both news and long format. She has covered presidential elections, Olympic games, the Oscars, hurricanes, and Burning Man. Her work has taken her from the halls of power at the U.S. Capitol and to the most remote corners of the vast North American continent. And while broadcast news is a daily staple, independent film is a passion she has pursued whenever possible. Annette is currently working on a documentary on the relationship between the United States and China. With an international background in Europe, the Middle East, Asia and the United States, she brings a unique perspective to the people and places that shape her work.