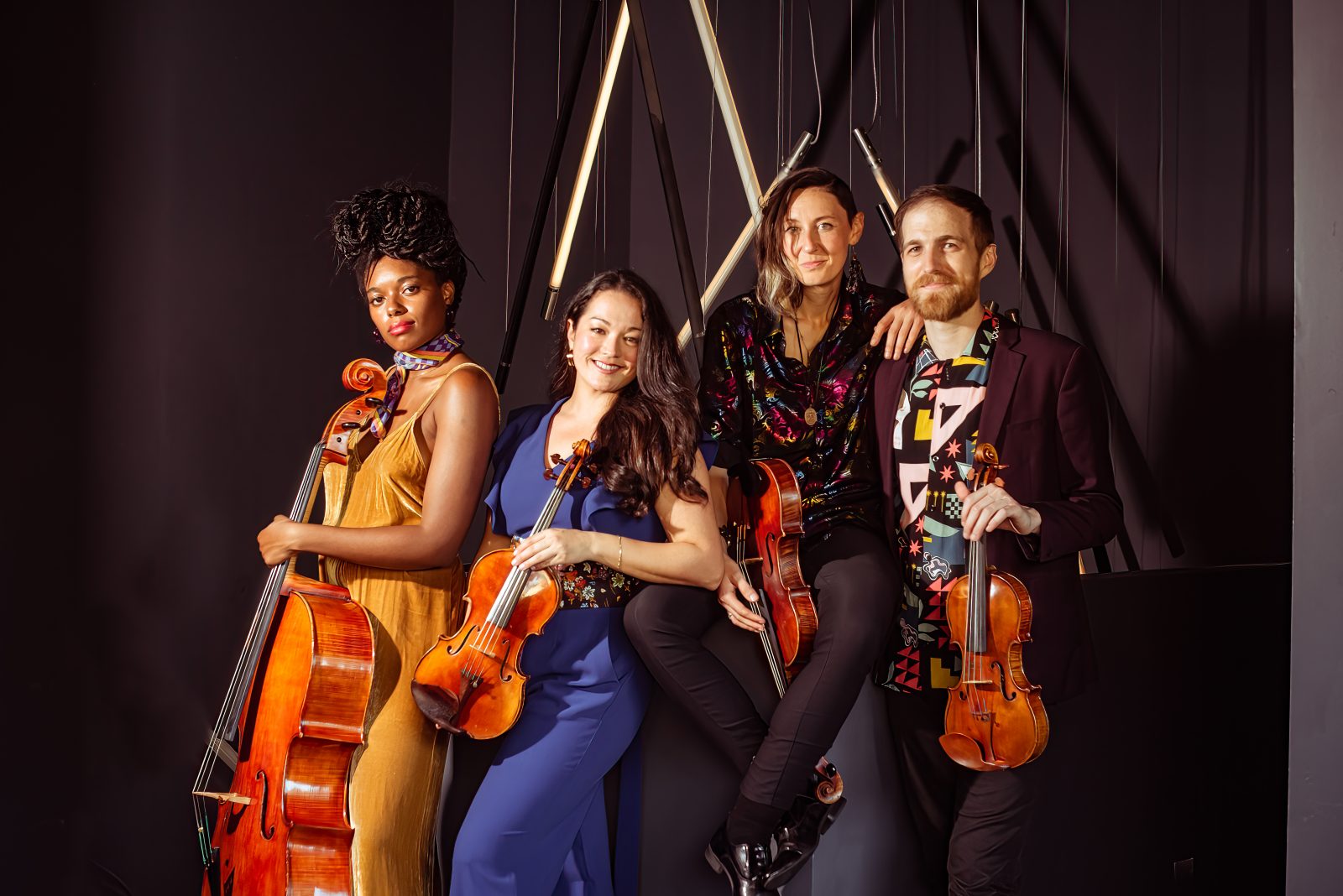 The Thalea String Quartet brings their signature vibrancy and emotional commitment to dynamic performances that reflect the past, present, and the future of the string quartet repertoire while celebrating diverse musical traditions from around the world. Fueled by the belief that chamber music is a powerful force for building community and human connection, the Thalea String Quartet has performed across North America, Europe, and China, and has appeared at the Kennedy Center, Massey Hall, and Weill Hall at Carnegie Hall. They have shared the stage with luminaries of the chamber music world, including members of the Emerson, Borromeo and St Lawrence String Quartets, and they have performed alongside celebrated artists including Pulitzer Prize-winning composer Caroline Shaw, violist Lawrence Power, acclaimed Canadian band BADBADNOTGOOD, and visionary hip hop artist Jay Electronica.

Committed to shaping and contributing to the future of the string quartet repertoire, the Thalea String Quartet has premiered dozens of new works and have collaborated on new commissions with composers including Paola Prestini, Anthony R. Green, Akshaya Avril Tucker, and Tanner Porter.

Winners of the 2021 Ann Divine Educator Award from the Fischoff National Chamber Music Competition, the members of the Thalea String Quartet have been celebrated for their innovative approach to education and community engagement.

Christopher Whitley (violin) is originally from Toronto, Ontario, Canada, Kumiko Sakamoto (violin) is from Medicine Hat, Alberta, Canada; Lauren Spaulding (viola) is from San Antonio, Texas, and Titilayo Ayangade (cello) is from Cincinnati, Ohio. Christopher performs on the 1700 “Taft” Stradivari, generously on loan from the Canada Council for the Arts Musical Instrument Bank.