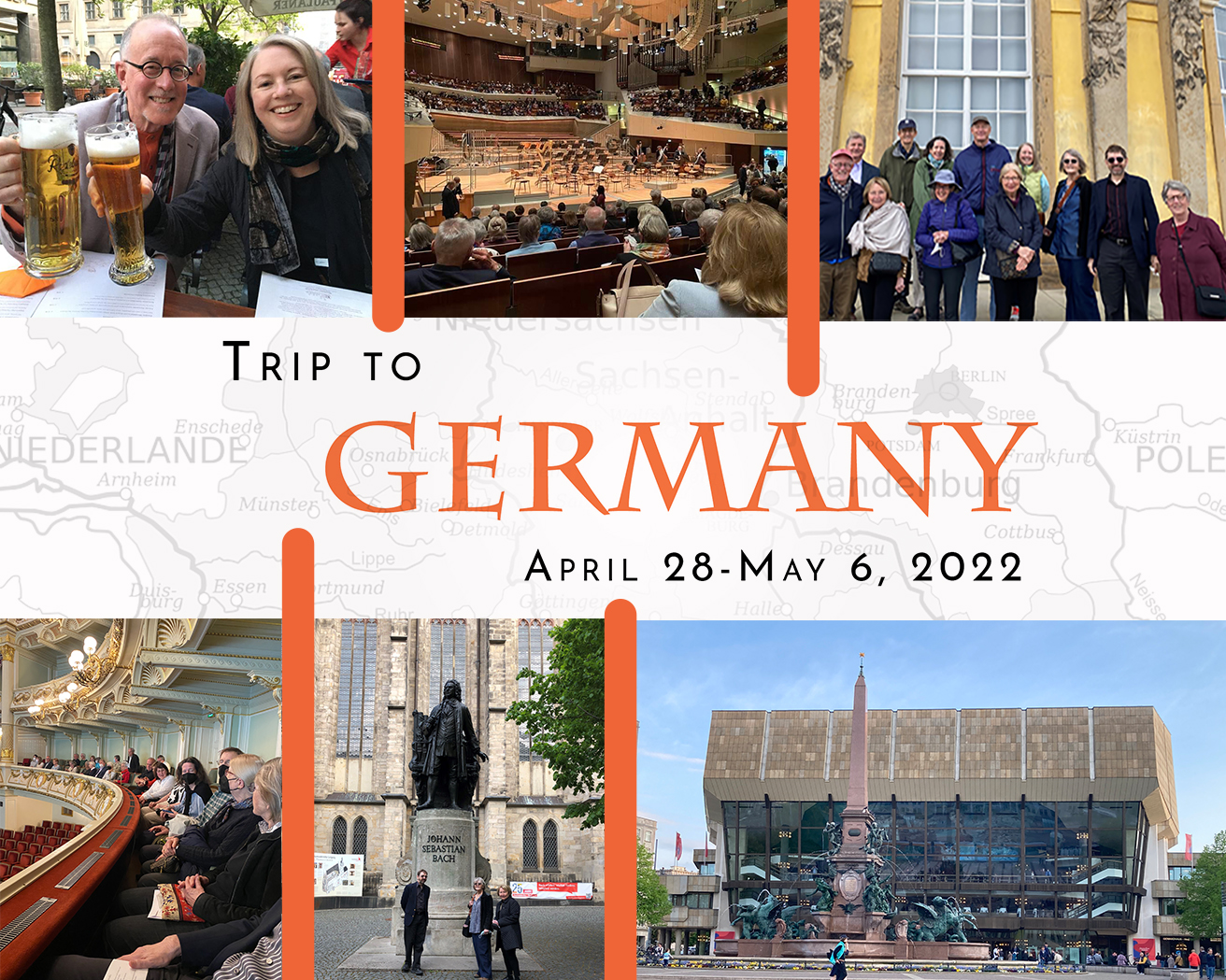 Patrons of the Alexandria Symphony Orchestra embarked with Maestro Ross on a very special tour to Germany April 28 to May 6, 2022.  They visited three cities—Berlin, Dresden and Leipzig—with sterling musical legacies and current offerings that are among the best in the world. They heard the famed Gewandhaus Orchestra and the Berlin Philharmonic. (Maestro Ross was the first American to become a member of the Gewandhaus orchestra, and to be mentored by Maestro Kurt Masur, who inspired his career as a conductor.) In Dresden they experienced the Dresden Staatskapelle, the oldest orchestra on German soil. And in Leipzig, Maestro Ross’ former hometown, they visited Bach’s Thomaskirche, the home of Mendelssohn, and the Museum of Musical Instruments.

Some insights from attendees:

East Germany was my musical home during the impressionable young years of my adulthood. This trip allowed me to search for the beautiful ghosts of my experiences there—and despite the major political shift of the wall coming down in 1989—to find what has transcended and is still alive where I once walked, including most importantly, the warm, appreciative culture of music-making! – Jim Ross

What a fun and adventurous group with which to share such memorable concerts and experiences!  I can’t wait for the next trip! – Melynda Wilcox

Watching a middle-aged German nod admiringly as Kirill Petrenko conducted, seeing the tenor performing Tamino soliciting on behalf of Ukraine during intermission and being amused by the set and wardrobe malfunctions during a rehearsal of Rusalka are only a few of the vignettes that will remain long after this trip. We were especially rewarded with insights from our own Jim Ross and our Classical Movements tour guide. We need more of these tours. – Carolyn Fuller