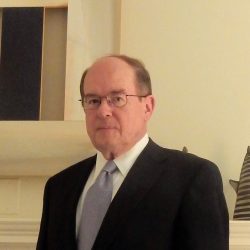 George H. Bostick practiced law in the Washington D.C. office of Sutherland Asbill & Brennan for 35 years before spending six years in the Office of Tax Policy at the U.S. Treasury during the Obama administration. While still an active member of the D.C. bar, these days he enjoys spending most of his time with family, on the Alexandria Symphony board, as a Trustee of the Old Presbyterian Meeting House, doing a little academic writing and speaking, and other pro bono activities. 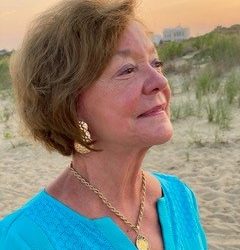 With a college degree in art history, Sally Guy worked for several years at the Virginia Museum of Fine Arts in Richmond and the Corcoran Gallery of Art in D.C. Later, having earned a certificate in landscape design from GWU, she opened her own design business. She also served as President of the Garden Club of Virginia. Having studied classical music appreciation, the symphony has always been important. Now with her husband, a retired law partner at McGuireWoods, they bring their grandson, who plays many instruments, to the ASO events. Young James says, “that Conductor is SO COOL!” 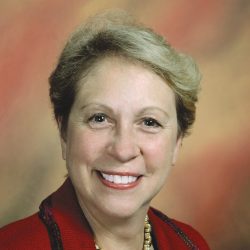 Miriam “Mimi” Browning was born and raised in Baltimore, Maryland. Education: BA, The Ohio State University; MS George Washington University; graduate of the U.S. Army War College and the JFK School, Harvard University. A former member of the federal Senior Executive Service, Mimi held influential information technology positions in the Pentagon and Berlin and also with the CDC in Atlanta. In corporate life, she was a principal and consultant with Booz Allen and Hamilton. Mimi and David Benjamin “Ben” Browning live in Alexandria. Favorite music includes The Archduke Trio, Parsifal, A Chorus Line, and the music of Nino Rota and Ray Charles. 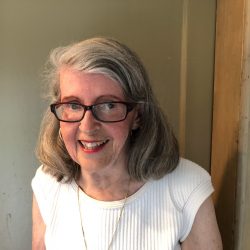 Linda worked on Capitol Hill for 26 years for two United States senators and two members of the House of Representatives. She later served as Director of Development for a small non-profit raising funds from individual donors, coordinating a capital campaign, writing grants, and establishing a legacy program. Linda joined the ASO Board is 2001, and she has served in various leadership positions. Linda and her late husband Elliott were instrumental in establishing Sympatico in 2013, working with OrchKids and El Sistema as a model and providing substantial seed funding for the program. 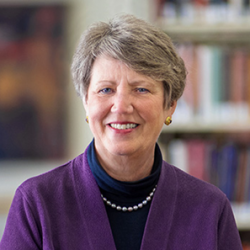 It all started with a flutophone. Third grade music was a flutophone. In retrospect, that’s the lightest instrument that I would ever play. Fourth grade introduced piano lessons; fifth added the baritone, sixth grade brought organ lessons and the tuba and a Sousaphone. My career as a librarian has been just as varied -- the Library of Congress, managing a non-profit, and as the recently retired, now emerita, University Librarian at American University. Whether I am playing or listening, music always brings me joy. In addition to being a Trustee of the ASO, I am on the Board of the Washington Master Chorale. Favorite music: Chopin preludes, any opera by Puccini, and 40’s dance music. 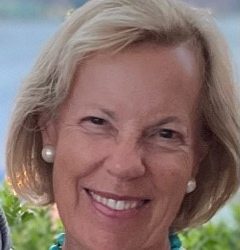 Judy grew up in Norfolk, graduated from Mary Baldwin University, and settled in the New York area after earning an MBA at Columbia University. Her marketing career includes stints in Fortune 500 companies, the fragrance industry, and grant-writing with two universities. Judy moved to Alexandria in 2017 from New Jersey to be near her son, John, and his family. Besides the ASO Board, Judy serves at Westminster Presbyterian Church, tutors reading, consults on grant proposals and enjoys golf, tennis, hiking and bridge. 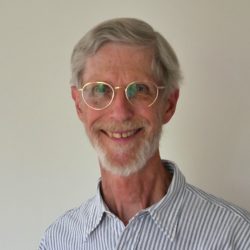 Jon is a retired economist whose 30-year career in Washington, D.C. included both federal tax policy analysis at the Treasury Department and the Congressional Budget Office and international tax advisory services for multinational corporations at Deloitte. He received his B.A. from Brandeis University and his Ph.D. from the University of Michigan. He has resided in Alexandria with his wife since 1986. Growing up in Ann Arbor, he studied violin and played in the school orchestra. He heard many of the great touring orchestras and soloists who performed at the famed Hill Auditorium on the University of Michigan campus. In retirement, he enjoys attending student recitals whenever he visits a town with a music school. 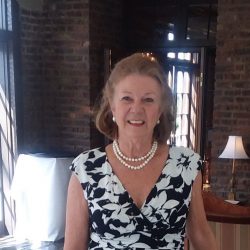 Barbara Hayes has experience in fashion consulting, media sales and advertising. She served on the campaign staff for Senator John Warner and has held various positions on Capitol Hill. She previously served on the ASO Board of Trustees and Advisory Board. Barbara is an enthusiastic volunteer having held leadership positions with multiple nonprofits and civic organizations including Belle Haven Women’s Club, Twig Auxiliary (INOVA Alexandria Hospital), Campagna Center, Junior League of Washington, St. Paul’s Episcopal Church, the Little Theatre of Alexandria, and the Symphony Orchestra League of Alexandria. She holds a B.A. from the University of Michigan. 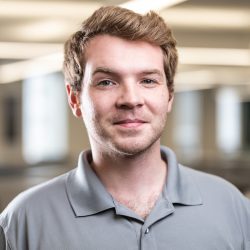 Paul Kentes joined Renner & Company CPA, PC in December 2015. A lifelong Alexandrian, he graduated from T.C. Williams High School and later earned a bachelor’s degree in business administration at the University of Virginia’s College at Wise. He is currently completing a professional certificate in accounting at Northern Virginia Community College. Mr. Kentes works exclusively with nonprofit organizations, including public charities, preschools, civic organizations and trade associations providing accounting and consulting services. Mr. Kentes has been involved in many nonprofit programs and fundraising events and has served on a number of nonprofit boards.

Lee Smith Klousia was born in Pittsburgh, PA and graduated from Randolph Macon Woman's College in Lynchburg, VA with a degree in Art History. She moved to Bethesda and worked for The Hecht Company as a retail buyer and later at EF Hutton as a Sales Assistant and eventually as Operations Manager for a new branch. In spite of five years of piano lessons, after which she cannot even pick out a tune, she continues her love of good music. She has held numerous positions on the Smithsonian Women's Committee Executive Board as well as serving as an Elder at the Presbyterian Meeting House.

The music of Jonathan Kolm has been performed across the United States and abroad. His music has won prizes and awards in many competitions including the American Prize, the Swan Prize in Music Composition, the Percussive Arts Society Composition Competition, the National Federation of Music Clubs Competition, Voices of Change Composition Contest, the Austin Peay State Composition Competition, as well as many others. He maintains an active performing career in new music and has appeared in recitals in many colleges and universities across the United States. In addition to his work as a composer and pianist, he teaches composition, piano and music theory at Northern Virginia Community College where he serves as Associate Professor and advocates for various environmental and social causes in the nation’s capital. 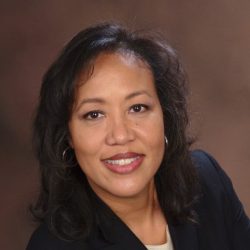 Martha Lloyd traveled extensively as a military dependent before her father retired from the USAF, making their permanent residence in Maryland. Her mother was born and raised in Japan where music education begins at age six with a focus on Western classical music. Martha’s mom exposed her and her siblings to classical music at an early age and encouraged her to play the violin when she started school in London, England. Many years later, Martha learned to play “Happy Birthday” on the piano at a surprise party that she held for her husband’s birthday. Martha serves on several volunteer and paid boards and has been a long-time supporter of ASO, along with her husband, Ronal Butler, a former Trustee. Martha Lloyd and Ronal Butler live in the Mt. Vernon section of Alexandria. 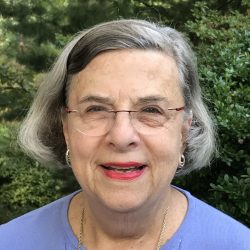 Harriett is a Certified Public Accountant with her own tax practice in Alexandria. She is a member of the Tax Section of the American Institute of Certified Public Accountants and the Public Companies Practice Section, the Virginia Society of Public Accountants (VSCPA) and the Northern Chapter of the VSCPA. She formerly taught accounting and business courses at Northern Virginia Community College. Harriett enjoys gardening, reading, playing the piano and participating in activities of the Alexandria Symphony Orchestra as a member of the Board of Trustees. She wanted to be a pediatrician like her father, often helping in his office after school and accompanying him many times on his hospital rounds and house calls. She witnessed her first operation when she was six years old. 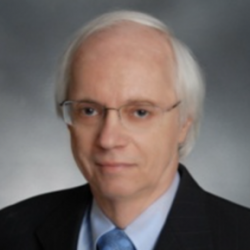 Arthur E. Peabody, Jr., Of Counsel, Hooper, Lundy & Bookman, PC, Washington, D.C. focuses his practice on Medicare payment and reimbursement for hospitals and other providers. He formerly served as the Assistant General Counsel for Medicare for the Blue Cross Blue Shield Association, Assistant U.S. Attorney for the Eastern District of Virginia, and Chief of the Special Litigation Section, Civil Rights Division, U.S. Department of Justice. Arthur is involved in a number of music organizations in the greater Washington metropolitan area, minored in music during college, and especially enjoys choral music of the English cathedral tradition. 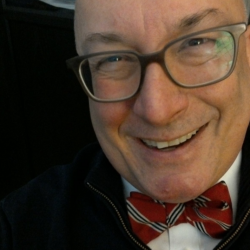 Frank Purcell is Head of Government Affairs for Indivior and former president of Cardinal Waypoint LLC, a health policy advocacy consultancy based in Alexandria. A bass vocalist who once played an undergraduate jazz trombone gig with bebop great Carl Fontana, he joined the ASO Board of Trustees for all the gifts music brought him in life - delight, beauty and community in all its diversity. His family, wife Christine and two grown sons, never agree what to listen to. 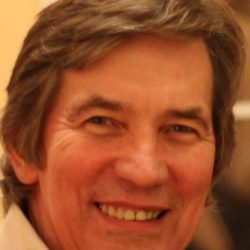 Johan is on Classical Movements’ Snr Management Team, Tour Director for Orchestra and Choir Concert Tours. Owner of a Safari business in South Africa. Joined CM in Old Town Alexandria in 2010. Experienced in a variety of concert tours, and cultural exchange opportunities in many countries. Qualifications in Law, Tourism and Wildlife Preservation (UNISA), Financial and Tax Law (UOFS). Served on boards of: The Institute of Life and Pensions Advisors and The Cancer Association. Traveled to 5 continents, 76 countries, a lover of music, nature, wildlife and an avid long distance runner. 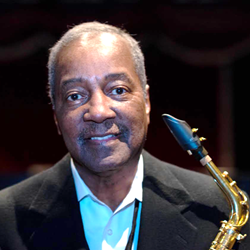 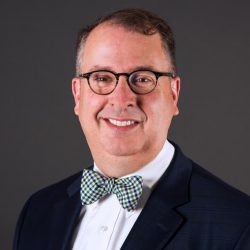 Andrew is excited to return to Alexandria after a 25-year absence. Following in the footsteps of a beloved aunt who has served as board chair of her regional symphony, Andrew looks forward during his tenure to expand the reach of the ASO to prospective audience members and supporters alike. All of Alexandra should know about its symphony! A career non-profit professional administrator and former member of several other boards, Andrew sincerely hopes his experience will contribute to the dynamic and upward trajectory of the ASO. 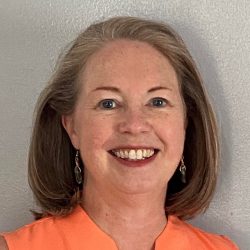 Melynda Dovel Wilcox is a freelance writer and editor, having previously worked for Kiplinger’s Personal Finance Magazine for nearly 20 years. Her blog, portcitynotebook.com, covers education and other topics of interest to Alexandria residents. She and her husband, David, and their young adult identical twins, Laura and Amanda, are all amateur musicians, and their collection of instruments includes a baby grand piano, two French horns, a clarinet, a recorder and a guitar.