History of the Orchestra

The Alexandria Symphony Orchestra was founded during World War II. President Roosevelt asked all Americans for sacrifices to free more of the nation’s capacity and resources to help the war efforts. In spite of the war and necessary sacrifices, Alexandria came together as a community. During this time, in 1943, a young music teacher, Miss Lucie Neale Landen, recruited 40 amateur musicians to play orchestral music together.  A few years after founding the “Alexandria Civic Orchestra,” Landen moved to California, where she spent more than 40 years as a high school orchestra teacher.

The Alexandria Symphony Orchestra was officially incorporated in 1954 with an annual budget of $1,200. Dr. Wendell Margrave, Director of the Washington Musical Institute, took over the baton in 1948 and led the orchestra until the mid 1960s. In 1966, as demand for a more formal programming schedule arose, the orchestra hired George Washington University professor Dr. George Steiner as Music Director. Under Steiner’s influence, the ASO introduced its first subscription series, performed at Albohm Auditorium on the campus of T.C. Williams High School. He also started the “Lollipop” children’s educational concerts.

In 1976, the ASO strengthened its dedication to education with the introduction of the Mary Graham Lasley Scholarship Competition. Now in its 43rd year and co-sponsored with the Symphony Orchestra League of Alexandria (SOLA) since its founding in 1981, the annual event promotes the ASO’s commitment to nurturing young talent and creativity by encouraging college-level musicians to pursue careers in classical music. Besides co-sponsoring the competition, SOLA is dedicated to fundraising and volunteer support for the ASO. 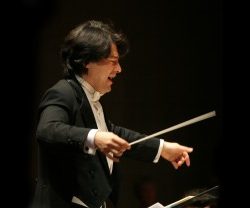 In 1988, Kim Allen Kluge was chosen to succeed Dr. Steiner. Under Kluge’s direction during the 1990s, the ASO became a professional orchestra. In partnership with the City of Alexandria, the ASO significantly expanded its programs and concerts in the schools and began performing in the Alexandria Birthday Celebration concert on the waterfront each July.

In 2001, the ASO gave the inaugural concert at the Rachel M. Schlesinger Concert Hall and Arts Center, now its primary venue. In the Schlesinger era, the ASO emerged as a leader of the Washington, D.C. inter-arts movement forging artistic partnerships with many of the region’s leading cultural institutions including the Smithsonian Institution, the National Gallery of Art, the Washington Ballet, the Choral Arts Society of Washington, and the Shakespeare Theatre. 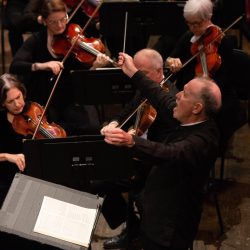 In 2012, the ASO took its education program in an exciting new direction, led by the vision and support of Linda Bunce and the late Elliott Bunce. Sympatico, a program based on the El Sistema model of social change through music education, was launched at John Adams Elementary School. In fall 2019, in partnership with the Alexandria City Public Schools, Sympatico expanded to Patrick Henry K-8 School now serving 180+ students between both schools.

In the spring of 2018, the ASO completed a two-year international search selecting James Ross as its fifth Music Director. Ross has introduced new concert experiences, audience engagement and nontraditional venues and formats to the community, attracting new audiences and growing the ASO family.